Nowadays, integrating pictures within a click, tweeting or storing five terabytes in the Cloud are easy operations which no longer astonish anyone. This simplicity has been made possible thanks to REST APIs.

But what exactly are they? How and why did they come about?

The genesis of REST APIs

Before 2000, there was no standard on how to design an API or use one. Its integration required the use of protocols, such as SOAP, which were notoriously complex to build, handle, and hard to debug.

APIs were then designed to be flexible, not accessible.

This changed in 2000 when the true potential of Web APIs was recognized: a group of experts, led by Roy Fielding, invented REST and forever changed the API landscape.

The stated purpose was simply to create a standard that allows two servers to communicate and exchange data anywhere in the world. They therefore designed a set of principles, properties and constraints which they named REST, a resource-oriented architecture: interface uniformity, Client/server architecture, without any state or session preservation, resource representation caching, use of the HTTP protocol and its methods.

Although there were many rules, they were mostly universal. APIs had to be simple and significantly facilitate integration.

The first ones to be interested in the phenomenon were the e-commerce giants, Ebay followed by Amazon.

Access to the eBay REST API, which was easy to use and had solid documentation, was offered to a selection of partners. It showed how lucrative newly accessible APIs could be. Therefore, its marketplace was no longer limited to only visitors on its website, but extended to any website accessing its API. The benefit was obvious: Increased visibility of its product offer and therefore a large increase in sales opportunities! The simplicity of the system immediately seduced other online platforms which began thinking about the value of their code and no longer only about their consumer products.

Flickr launched its own REST API In 2004, just in time for the rise of social networks and blogs. Quickly becoming the reference photo platform, Flickr thus opened the way for social sharing, which Facebook and later Twitter hastily joined. The request for public APIs escalated, the Web was changing. Easily accessible REST APIs now enable everyone to add a feature to a website in a short time.

In 2006, Amazon contributed to the launch of the Cloud thanks to its REST API. Since then, REST APIs have become the backbone of the Internet and creators of huge business opportunities due to their ability to extend the scope of a brand beyond the audience of a website. Over the past ten years, the number of publicly available APIs has therefore been multiplied by 50.

Nowadays, building software no longer requires a team of engineers or costly servers. An API Key and its documentation are all you need to easily integrate an external feature.

For the end user, things have been made easier and for developers, there are no more limits.

Drivers of economic growth for the client companies, they have increased business for software companies and have become an essential element of the business model. They have become the product itself and according Gartner, by 2018, at least 50% of BtoB exchanges and collaborations will be performed via Web APIs. 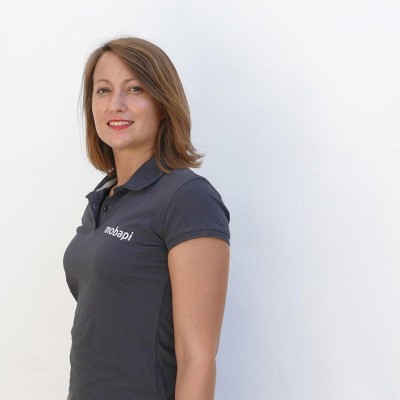